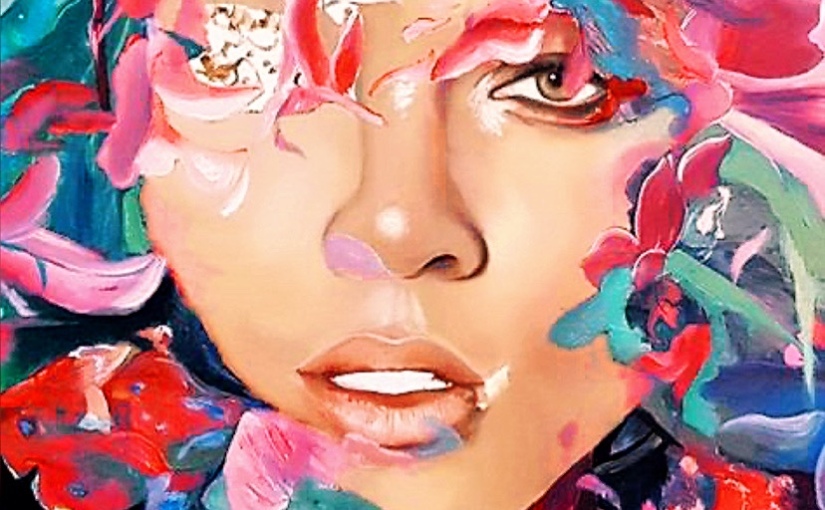 “Timothy, can you at least hide next time you want to spy on me?” Lola says as she enters her office. Timothy peeks his head around the corner, “oh, so you saw me huh?” Lola stops and looks at him, “well then, next time I’ll be a little more sneaky, but I don’t know how when the whole front of the gallery is made of glass,” he says throwing himself into the chair. Lola quietly places her things ono the floor next to her desk. “You didn’t look too happy leaving that tall dark and lovely piece of dove chocolate, I hope there isn’t any trouble in paradise,” he says side eyeing her. “Timothy, can you go get Stephanie so we can start setting up this display for the showcase please?” She says ignoring him, “fine, but we will have this conversation miss thang,” he says leaving her office. Lola slumps down into her chair, why did I even get upset… I should just call him and apologize. Lola takes out her phone and scrolls through her contacts for Eric’s number. She finds his name but pauses before pressing the call button. She places her head on her desk and locks her phone then starts to groan. Ms. Allard walks by and peers in at Lola, she smirks and shakes her head going into her office closing the door behind her. Alright, pull yourself together girl, you have a bomb ass display to create, you can self loathe later! Stephanie comes and knocks on the door, “um, Lola?” “Yes?” she answers with her head still placed on the desk, “we need your assistance on placing the Dorothy Lewrant…” Stephanie says bashfully. Lola lifts her head and pulls herself together, “okay, I’ll be right there,” she says putting on a smile. She puts her phone in the drawer and goes to meet Stephanie and Timothy on the floor.

­­­On her way back from lunch, Jhené decides to give Giselle a surprise visit at her office. When she arrives, she knocks on the door and doesn’t receive an answer. She tries to go inside, but the door is locked. She peers in the window and notices all the lights are off; I know this is her lunch time. Somewhat perplexed, she pulls out her phone and decides to call Giselle and see where she is. When the phone begins to ring, she hears a sound coming from her office, oh wow, this girl locked her phone in her office. As she starts to walk away, Giselle answers the phone.

“Hello?” “What the hell? Did you not hear me out here knocking on your door?!” Giselle takes a deep sigh, “yeah…” “Yeah?! What’s going on with you? You’ve been MIA all day. I wanted to go to lunch together, but they said you weren’t on the premises, where did you go?” “I went to go see Sam.” Jhené looks up and places her hand on her head, “can you please open the door, I don’t think this conversation should be had out in the open, plus I feel crazy talking to your door like this.”

Giselle hangs up and unlocks the door. “Smh really,” she says opening the door, “you didn’t want to open it or at least say something?” “Sorry…” Giselle says laying on her couch. “I don’t like this… what the hell happened with Sam?” “… He said he wasn’t going to tell Lola anything.” “So, you went down there to see if he was going to tell her what happened all those years ago?” “… I also went to apologize.” “Did you?” “Yes. But he didn’t accept it. He said it was a bullshit apology and he felt sorry for me, then asked me to leave.” Jhené stands there quietly for a moment then goes to sit down next to her. “…well that was harsh. Although you messed up their relationship and convinced Lola to stay here when you knew she was unhappy…” Giselle looks at her, “although you did those things, I’m really proud of you for trying to fix your mistakes. He may not be too happy with you right now, but I’m sure it’s mostly because he thought you would never own up to your actions, but I think he will come around eventually.” “And if he doesn’t?” Giselle asks softly, “then, that’s okay. Even if he never forgives you, that’s not something for you to burden. You took the most important step and apologized, but now you have to deal with whatever comes from that and accept the consequences of your actions.” Giselle rolls over and hugs Jhené, “thank you for loving me Jhené.”